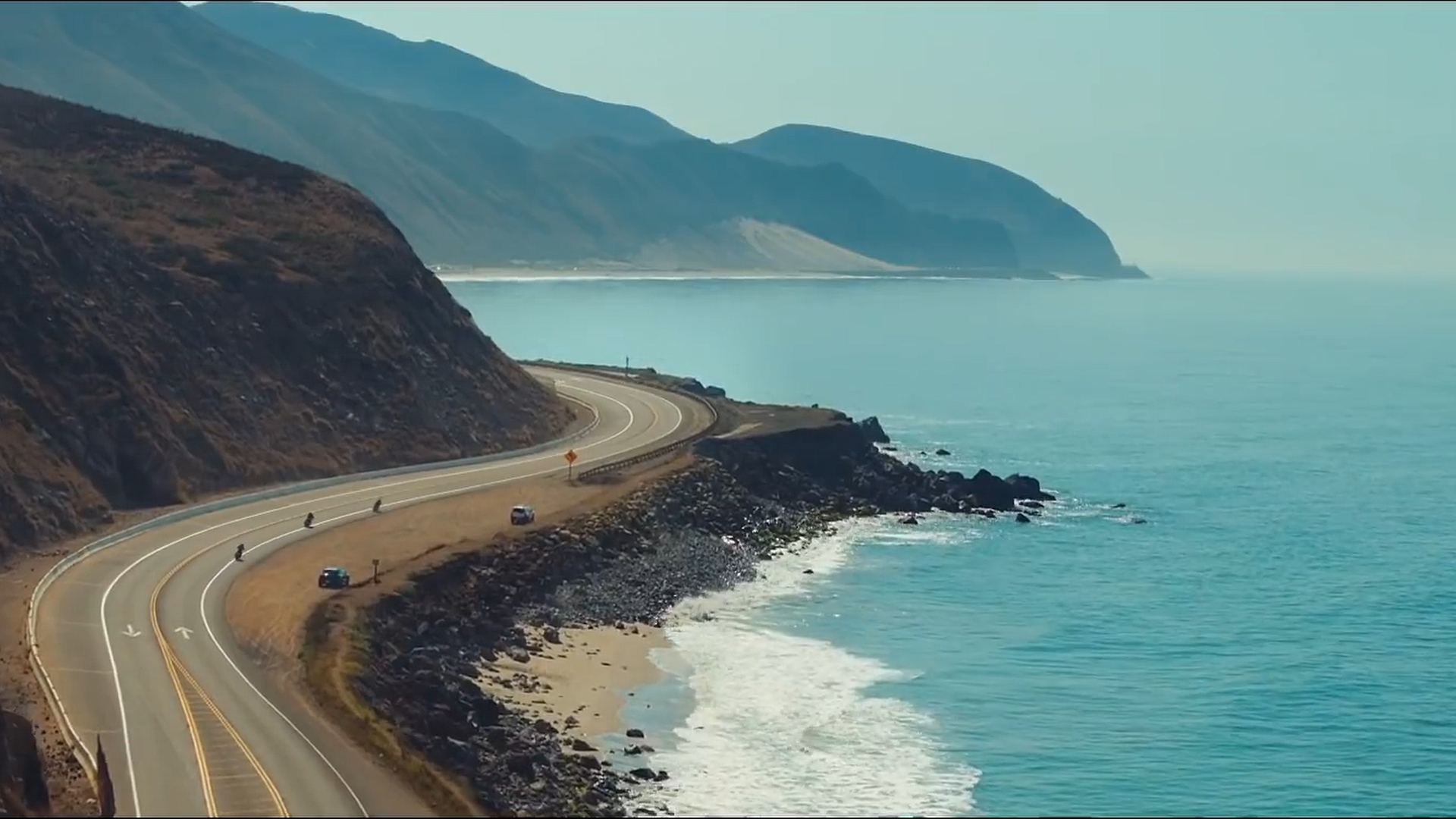 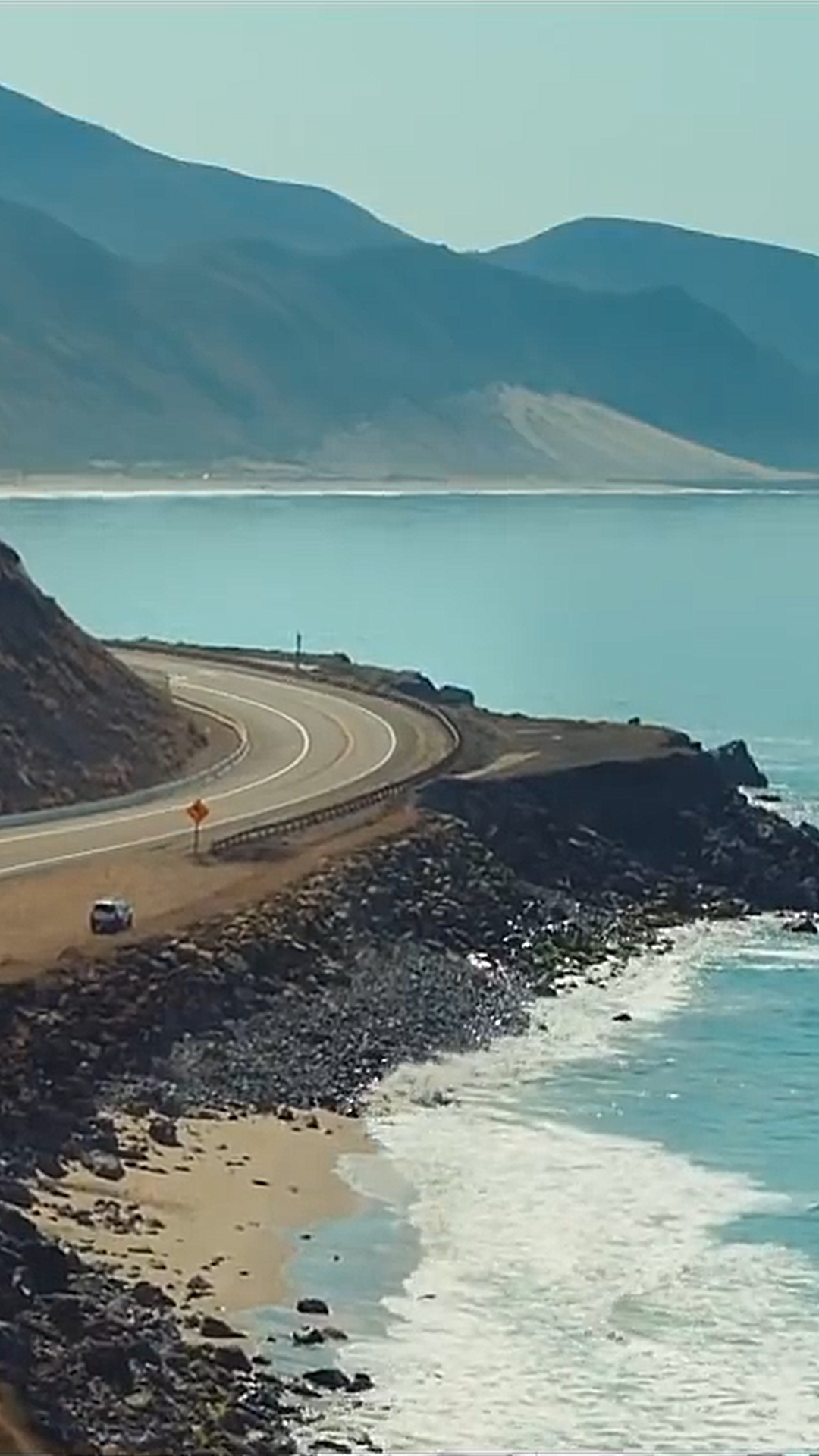 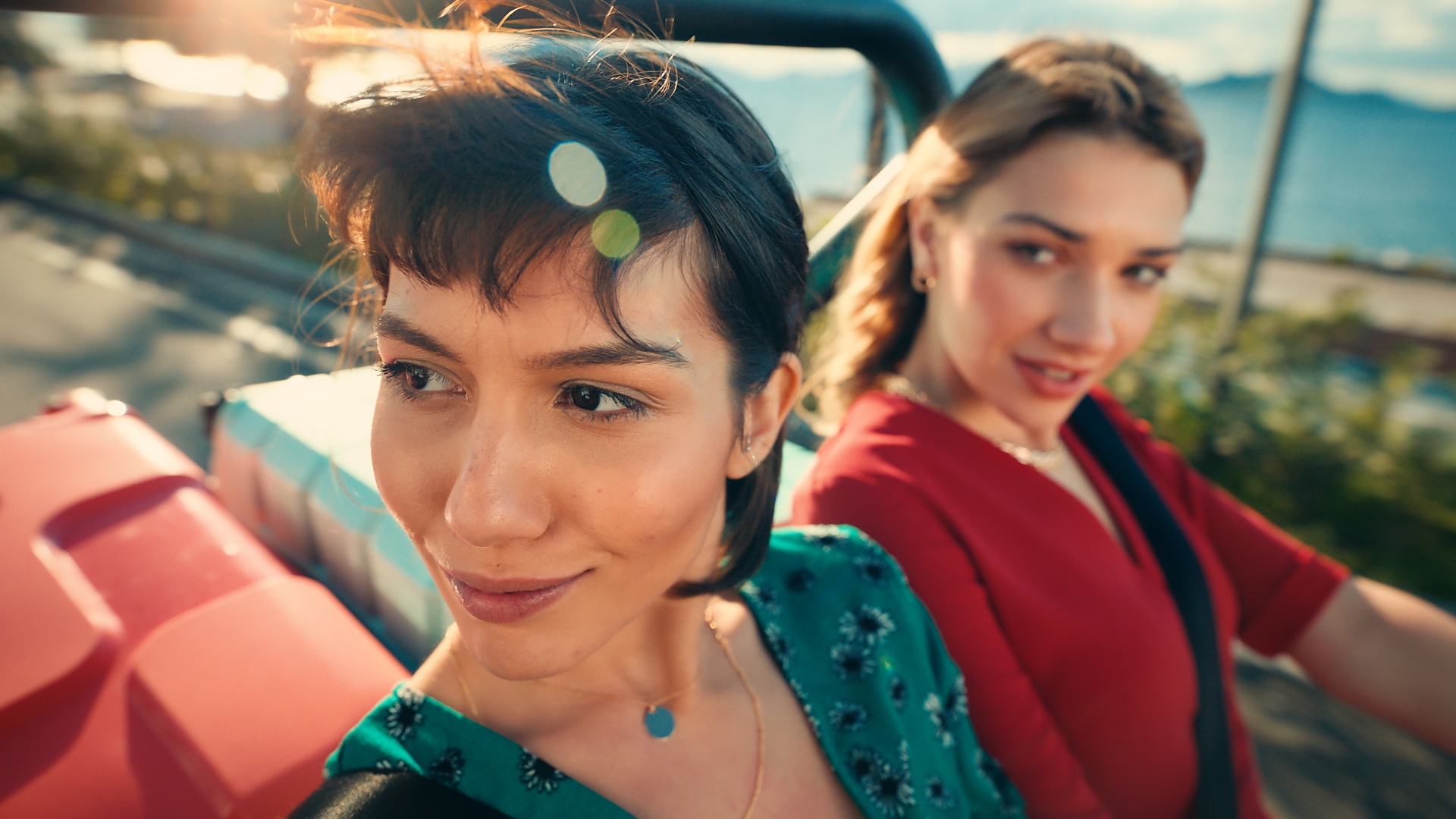 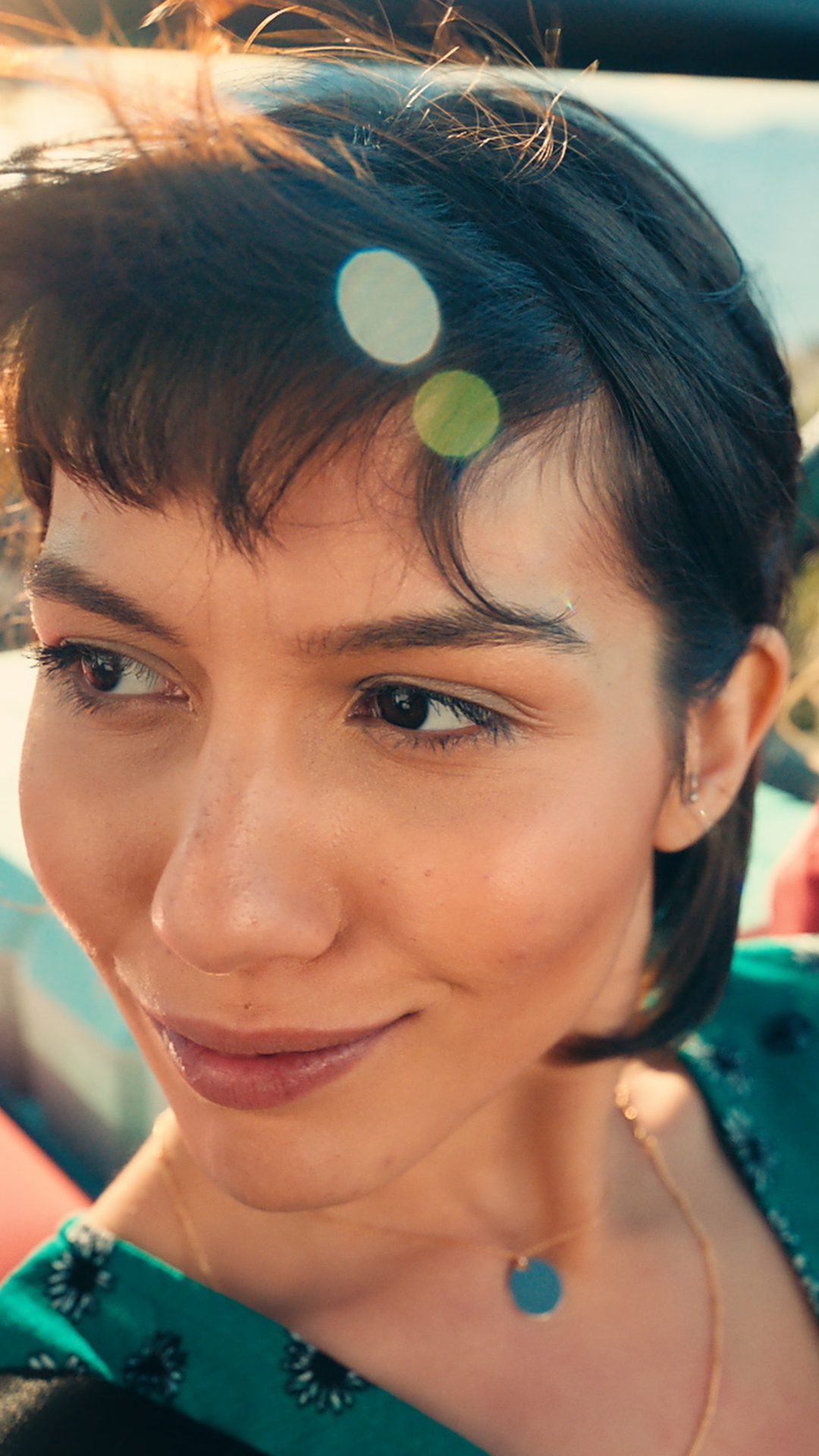 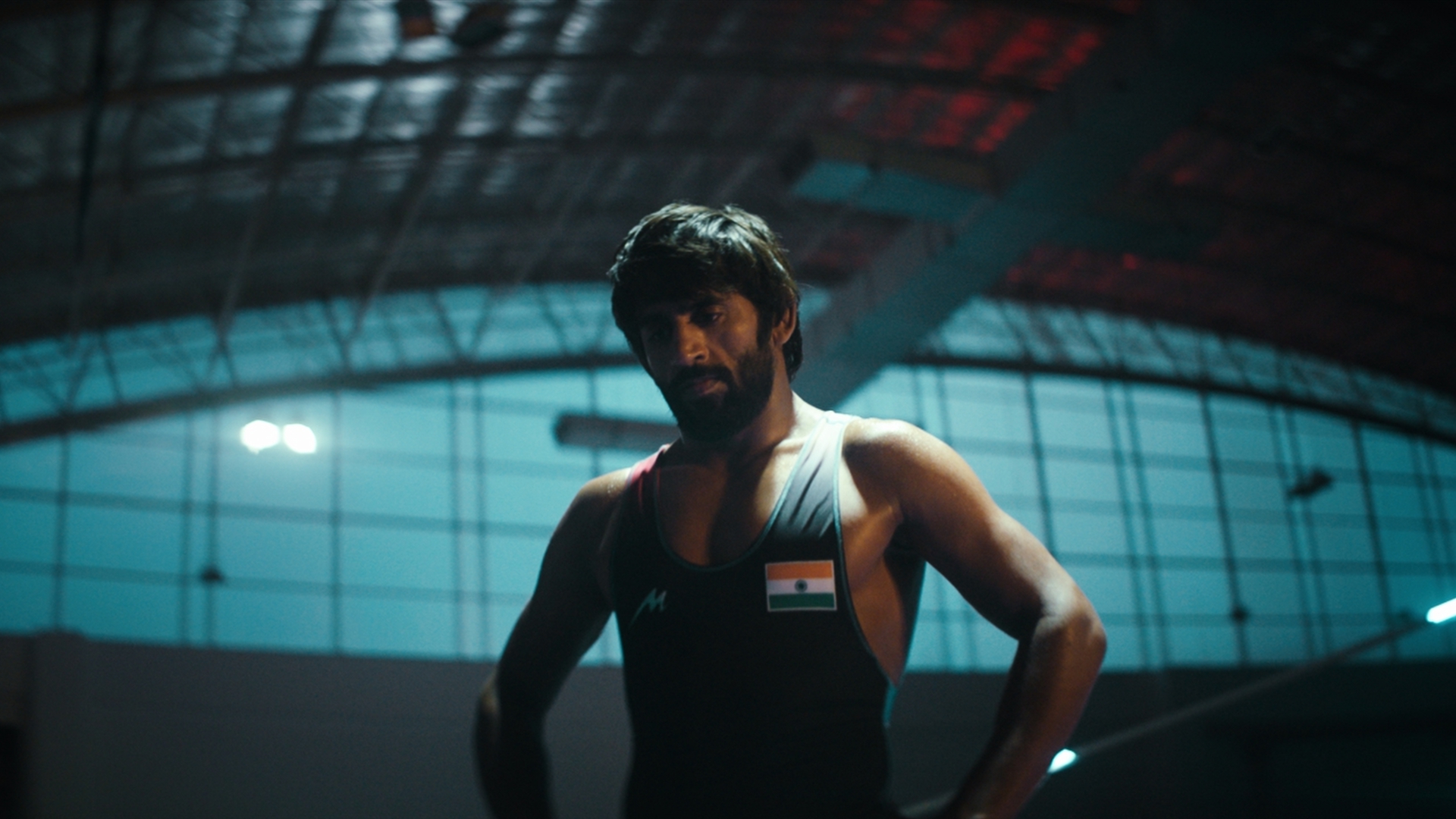 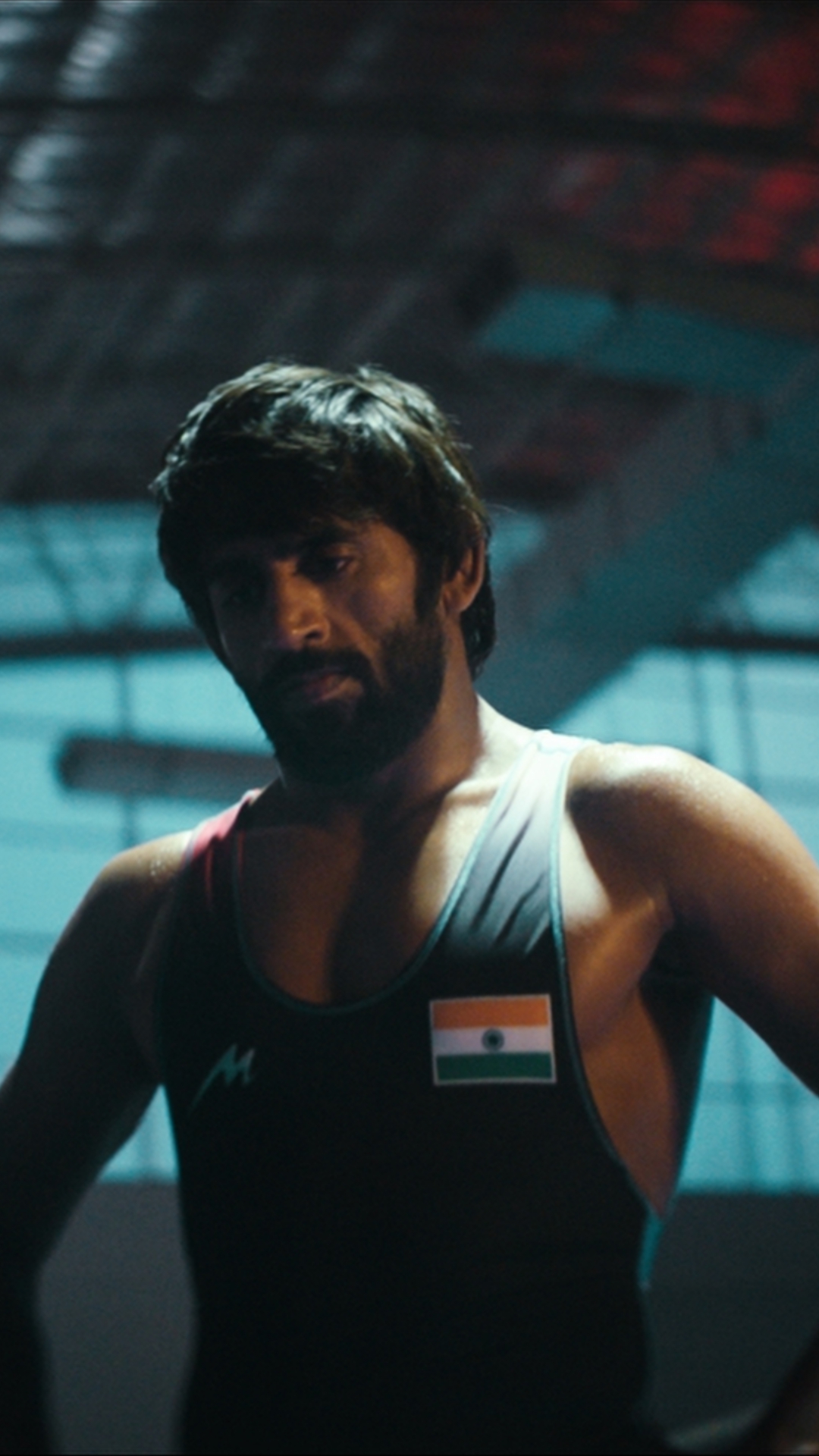 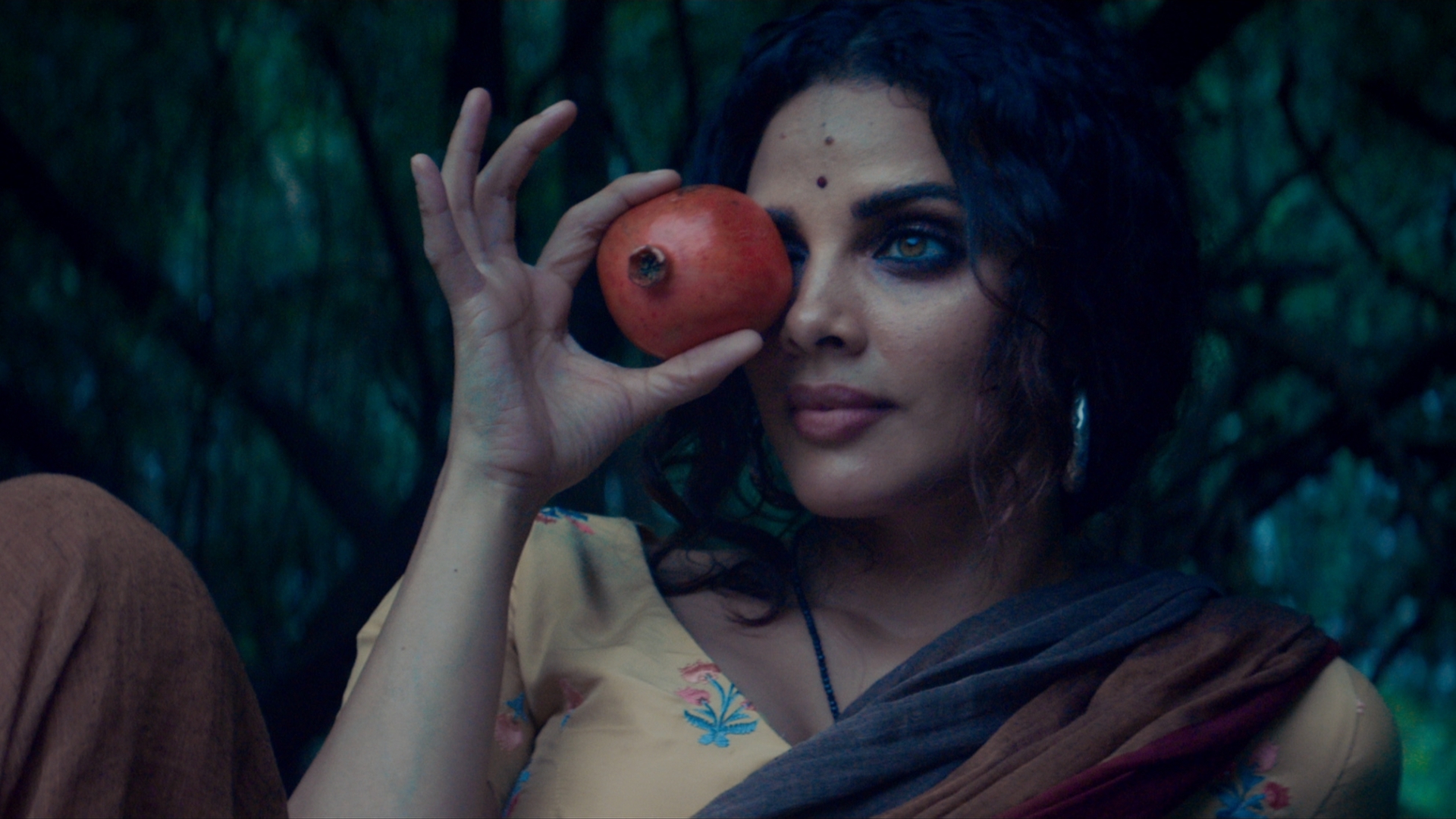 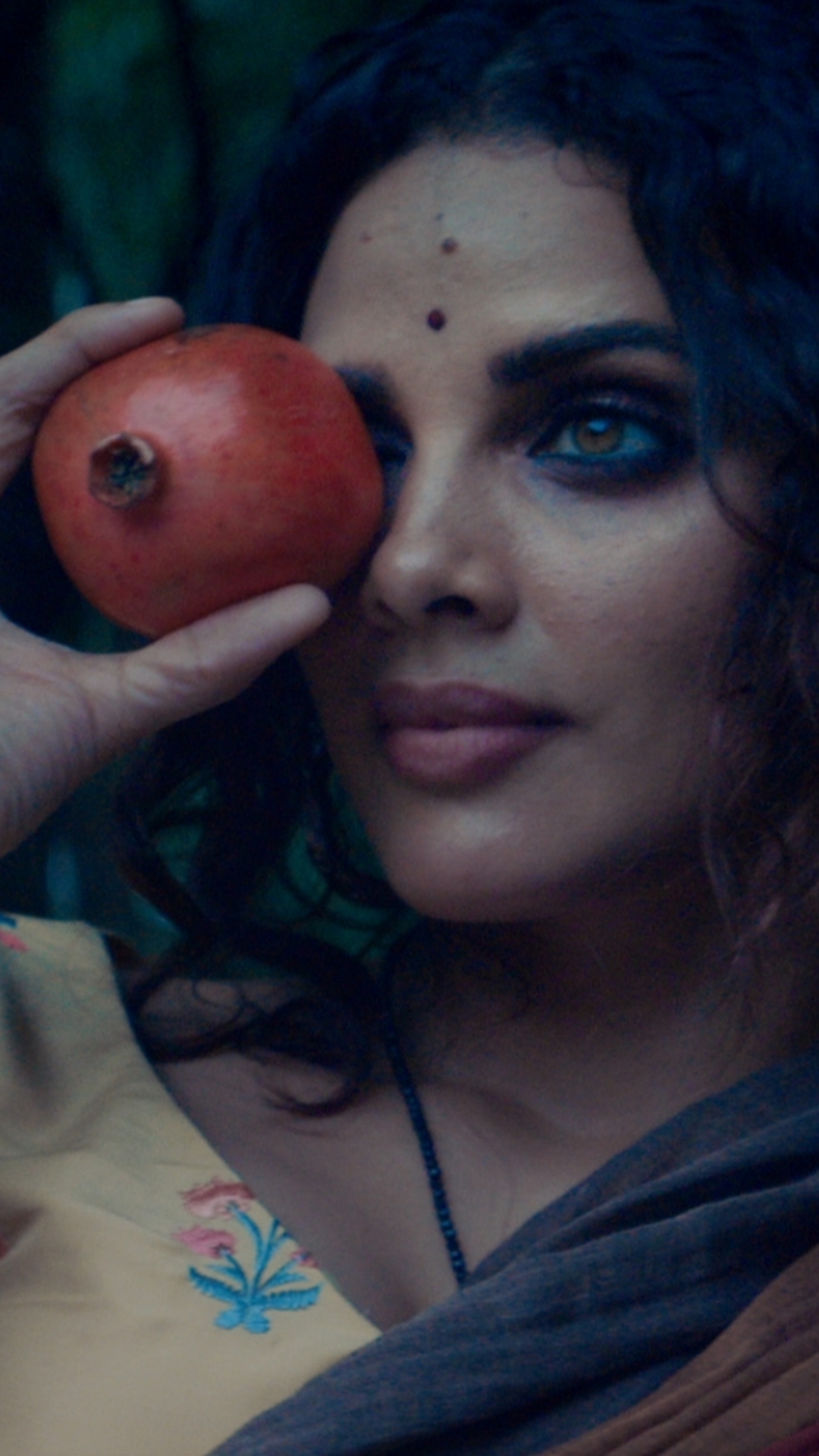 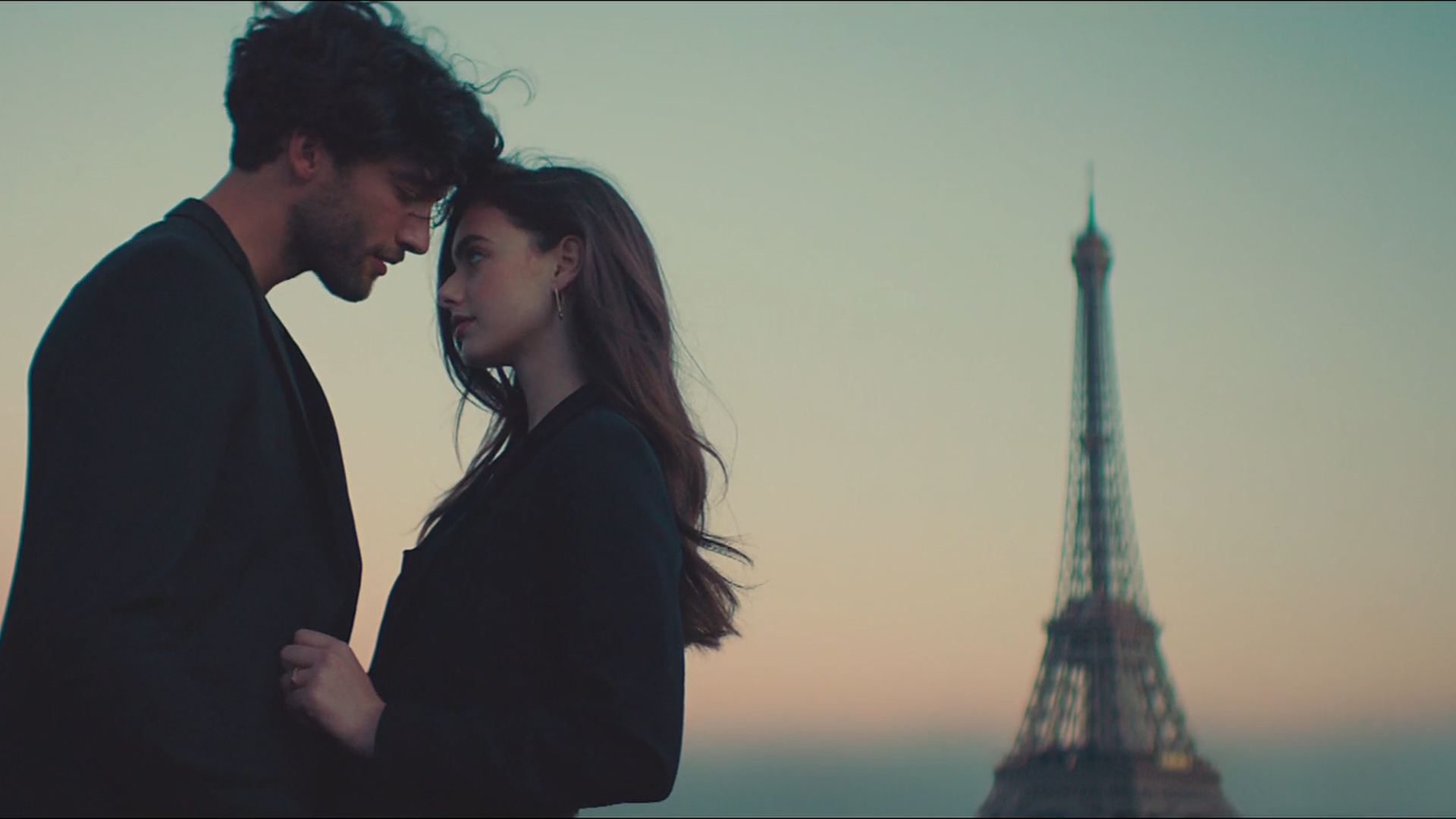 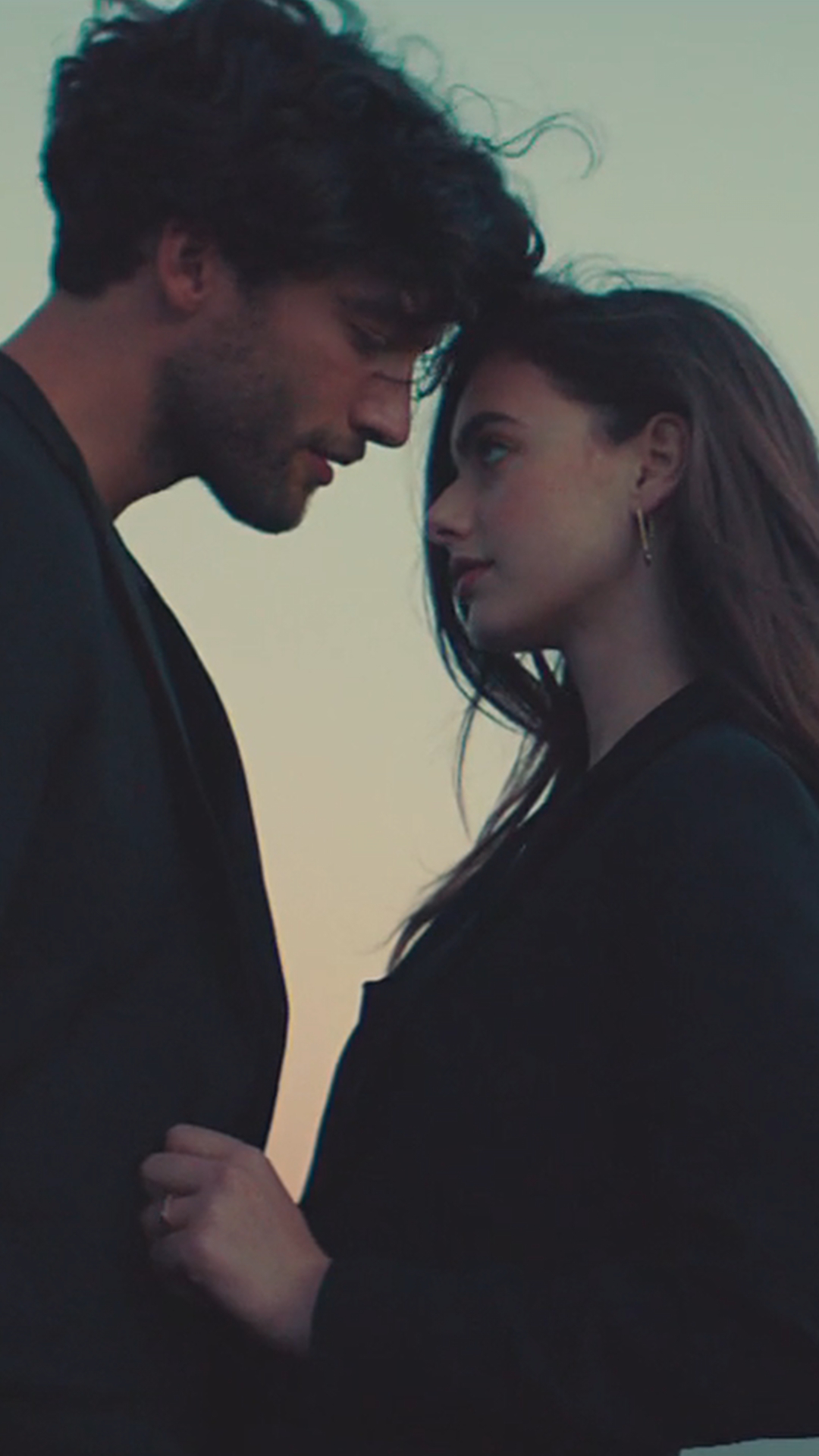 "We ensure that clients have the best equipment and the latest technical infrastructure at their disposal, to capture the artistic vision to perfection"

We bring stories to life through the language of color. Our fusion of award-winning ace colorist’s & dynamic young talent desk, knows how influential a grade can be within the storytelling process .

We’re scene constructors, collaborators in the filmmaking process with a direct line to the director’s creative vision. From CG characters & food to vast digital matte paintings, delicate composites, invisible beauty work and everything in between. Our VXF team blends its technical & creative abilities to set post-production pipeline during the pre-production stage.

Our online suits are powered with Autodesk flame, the best software & cosmic creative geniuses are the backbone of our online finishing that counts on highly efficient technical team.

With over 5000 TV commercials to his credit along with blockbuster films like Omkara, Kaminay, Kahani 2, Force, RAW to name few, the founder of Nube Studio Colourist Navin Shetty has collaborated with a colossal array of Production Houses, Cinematographers and Directors. based in Asia.

Way back in 1990s, Navin started his career with ADLABS Films Pvt. Ltd. & thereon has extensively worked with leading post production houses before launching his own studio in 2015. Inception of Nube Studio started with his vision to create a hub for excellence in color grading along with other post production services. In a short period, he has opened two more post-production studios & has come a long way sweeping the post-production industry across this side of the world.

He firmly believes that post production has a key role to be played in pre-production activities. To understand & support the entire creative process, he went a step ahead to launch his own film production company along with Shlok Sharma under the title of “Fundamental Pictures” & collaborated with industry’s key creative directors and communicators, like Aarti Kadav and Anurag Kashyap to produce one of the most innovative Hindi films in recent years “ZOO” & “CARGO”.

Samitha Shetty is the Managing partner at Nube studio, managing the finances, administration and coordination between the team. An Architect by profession in span of fourteen years, as an entrepreneur she has conceived, designed and executed many projects in the architectural construction & interior field. She has to her credit executed many post production studios as well. NUBE had been an exceptional project for her from execution to operations. She brings her creative background along with her problem-solving skills to support entrepreneurial spirit in Nube.

Post graduate with over 23 years vast experience in HR/Administration, Operations/QHSE & Finance. She has been a backbone & specialist for many multinational Marine Solution companies for their right recruitment onshore/offshore, compensation &beneﬁts, Labour laws/relations & training-development.

With over eight years of line producing projects for Post production companies such as Pixion, EFX and Teamworks, Sandesh moved into the Producer role to develop new opportunities for the studio. He particularly enjoys creating relationships with new clients whilst maintaining a close connection to existing ones. As Producer, Sandesh is responsible for assessing and planning new projects and working with our Colorists, Data and Marketing team to ensure all of our projects are delivered on time and in budget.

Ragib Metin joined Nube after 6 years of prolific success at 1000 VOLT Istanbul Turkey, where his natural aptitude for creating beautiful visuals has garnered industry recognition across a range of high-profile projects. He graduated from Bilgi University earning himself a BA in cinema-television and photography. An avid photographer, Metin brings an artistic eye to color grading along with a passionate interest in storytelling. Metin has worked across numerous outstanding feature film projects including "SIVAS" directed by Kaan Mujdeci. It was selected to compete for the Golden Lion at the 71st Venice International Film Festival where it won the Special Jury Prize.

Metin has become a prominent name in the Mumbai post-production scene, working on more than 1000 commercials for clients from around the world for advertising industry's acclaimed directors & cinematographers.

An experienced and multi-talented Senior Colorist, Sameer Pandit, has over 20 years of experience in the entertainment industry, including, many hours of graded films, television, documentaries, advertising and online content. Sameer has an extensive knowledge of cameras and cinematography, and a thorough understanding of film and digital production techniques. He demonstrates an inherent ability to consistently create high-quality, stylistically homogeneous, expertly color-graded video in a high-end, very fast-paced production environment. Sameer is an expert in color science and psychology, as well as a strong team player, with keen insight into a director or cinematographer's vision, setups and ultimate restrictions, enhanced additionally, by his extensive practical shoot experience. Before joining Nube, Sameer has worked with many leading production studios in India delivering epic movies like Fashion & Dabangg along with many others which went on to receive numerous national & international awards. Recently he has successfully delivered web series like Bollywood Wives, Collar Bomb etc.

Originally from Cairo-Egypt, Hany studied at the High institute of cinema to commence his career as an editor & moved on to become a flame artist in a span of 6 Years, during which he also received a state appreciation for the best VFX.

In 2007, he started his journey into color grading by working with leading studios in Egypt like Cinepost, Film Factory & Absolute post. Till date he has graded hundreds of TV commercials for international brands like Pepsi, LG, BMW, Orange along with more than 30 blockbuster films in Egypt and the Middle East like “Sorry for disturbing Starting Ahmed Helmy, Halawet rooh starting Haifa wahby . During his professional journey he worked with leading Egyptian directors like khaled Marie, Amr Arafa, Ahmed Nader Galal, Sherif Arafa, Mohamed Sami and Sameh Abd El Aziz to bag various national & international awards.

With an experience of over 10 years, Zaheer brings his strong traditional artistic background to all his color grading work. He was mentored by Navin Shetty & also had an opportunity to assist many senior colorists to fine tune his technical & artistic knowledge. Over the course of his time at Nube, he has colored many unique campaigns & contributed to numerous OTT projects that include Kota factory, Aarya, Kaafir, Ray.

Versatile and talented colorist Sanjay Gharat has worked with some of the most talented and respected filmmakers, both in short- and long-form projects. Back in 2006, his journey started as conformist & soon after he assisted many leading colorists, including Navin Shetty. Over a span of last 10 years, he has graded more than 30 feature films & remarkable commercials for leading Indian brands. 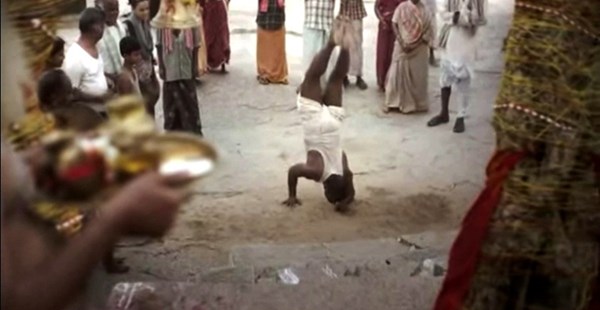 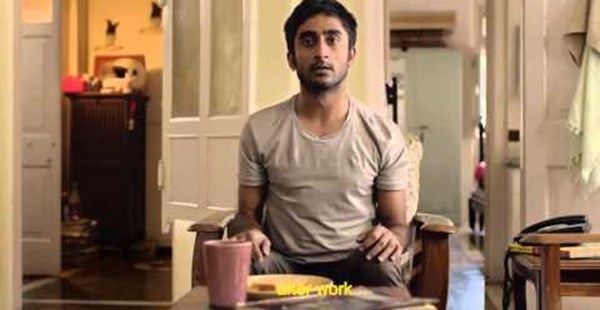 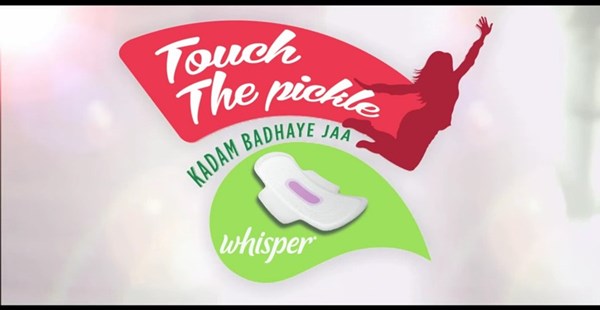 This page is under construction

Nube was launched by veteran colorist Navin Shetty with vision to develop a powerhouse of talent paired with cutting-edge technology to provide the best services in post-production. In a short period, we have come a long way sweeping the post-production industry across India, with a special focus on high-end color grading, motion design, visual effects & online.

With 3 dedicated facilities in countries creative capital, we stand as a post-production backbone for leading Filmmakers, Advertising Agencies, Production Companies & Broadcasters. After delivering over 6000 TV commercials in last half decade, we have been looked upon as a leader of the segment for Color grading. On the other hand, a dedicated division of CG & VFX focusing mainly on commercial’s “Ventana Studios” is adept to set pipeline during the pre-production stage to help director’s transform their creative vision into visual reality.

Our other division Nube Cirrus, which solely focuses on long form has added a lot of value to the pack with a comprehensive performance on web series, like Aarya, Ajeeb Dastaan, Ray, Rakhtanjal and a successful movie Mumbai Saga in the recent times.